Serhiy Hrabsky: There are at least three scenarios for the development of events in southern Ukraine
09/05/2022 18:36
Home
Articles
Economy

The purchase of the Dnipro Metallurgical Plant (Kamianske, Dnipropetrovsk oblast) by R.Akhmetov's Metinvest group further strengthens the oligarch's positions not only in the Ukrainian metallurgy (almost all of it was already under his control). His political leverage is growing. The scenario, which was previously effectively used in Mariupol, Zaporizhzhia and Kryvyi Rih, is being implemented. These are large cities in the southeastern region, where R.Akhmetov's enterprises are city-forming.

Metallurgy is a strategically valuable industry for the Ukrainian economy. It provides 20-26% of all currency earnings in the country. That is, every fourth to fifth dollar or euro in Ukraine is received from the sale of Ukrainian metal to foreign buyers.

The metallurgical enterprises themselves employ about 200 thousand people, another 400 thousand work in related industries "tied" to metallurgy.

R.Akhmetov began to collect his metallurgical empire in the early 2000s. At that time, he received a number of factories, including the Azovstal Mariupol plant, from the Industrial Union of Donbass (IUD) corporation.

Gradually, the empire acquired new assets, some of which were lost on the territory of CADLO in 2017. These are the Donetsk and Yenakiieve coke and chemicals plants, the Yenakiieve and Makiivka Iron & Steel Works.

R.Akhmetov bought the Mariupol Ilyich Iron & Steel Works and Zaporizhstal in 2010. Most of these enterprises are included in the Metinvest group. The rest are managed by the group, such as Zaporizhstal and the Zaporizhzhia Iron Ore Plant.

But 4 years later, it nevertheless decided to formalize this control officially, having bought out the DMP property at an auction as part of the bankruptcy case. Into which the enterprise went as part of the same old IUD.

Owner of the IUD, Donetsk ex-governor S.Taruta is known for his embrace of R.Akhmetov, whom he owed a large sum for the supply of iron ore to the DMP. 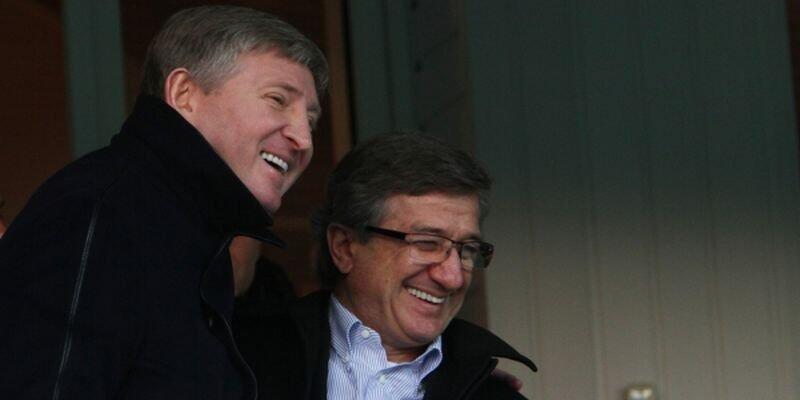 Court actions on these debts between the IUD and Metinvest lasted for several years. As a result, all of them were lost by S.Taruta's corporation.

For example, on September 5, 2017, it was reported about the decision of the Supreme Economic Court, which ordered to collect $193.65 million from the DMP in favor of Metinvest on the debts for previously received ore.

Earlier, in May 2017, representative of Metinvest, former head of the Yenakiieve Iron & Steel Works Alexander Podkorytov already appeared at the DMP in the position of general director.

Now, after Metinvest officially formalized the ownership rights to the DMP, only 2 metallurgical enterprises that do not belong to R.Akhmetov remain in the country.

The rest of metallurgy was "taken" by R.Akhmetov. Why is this bad for Ukraine?

What is good for Akhmetov…

It is not just about market monopolization. That is, the ability to dictate the prices to suppliers and buyers – taking advantage of the fact that there is no other buyer/seller able to offer more favorable conditions.

Everything is much more serious: the growth of the economic power of R.Akhmetov's business empire accordingly increases his influence on Ukrainian politics.

In 2014, co-owner of the Privat Group I.Kolomoyskyi stated in an interview that it was not easy to "move" R.Akhmetov out of politics, since he controls a fifth of all Ukrainian GDP, i.e. economy.

Much has changed in the meantime. R.Akhmetov bought a number of regional energy distribution companies from the Russian VSE group, including Kyivoblenergo and Odesaoblenergo.

He bought the Pokrovske mine management (formerly Chervonoarmiyska-Zakhidna No.1), Ukraine's largest coking coal producer. This asset previously belonged to the Donetskstal group of V.Nusenkis.

He bought the Dniprodzerzhynsk Coke and Chemical Plant and the Bagleikoks Plant (now the Yuzhkoks Association, Kamianske, Dnipropetrovsk oblast) from the Russian Evraz group.

Already in 2018, the very same I.Kolomoiskyi noted in another interview that the economic clout of R.Akhmetov grew even more: "Yes, it lied in temptation's way, he did not disdain and took it. As a result, Mr. Akhmetov controls 30% of GDP today…".

Therefore, it is hardly accidental that current Prime Minister Denys Shmyhal is a former manager of Akhmetov's DTEK energy holding.

However, even people who were formally not related to Akhmetov's business structures make decisions that are beneficial for them.

The most scandalous is Resolution No.289 "On Approving the Procedure for Forming the Forecast Wholesale Price of Electricity", adopted by the National Energy Regulatory Commission (NERC) on March 3, 2017. This is the "Rotterdam +" formula.

In accordance with it, the state, represented by the then NERC chairman D.Vovk, allowed the Akhmetov mines to sell coal mined in Ukraine at the price of the Rotterdam Stock Exchange. And add the cost of delivery from the Netherlands to Ukraine – although no one was taking it from there.

Accordingly, the Akhmetov thermal power plants were allowed to include these costs in their tariff for electricity production. Thus shifting the several times overstated price of coal to the end consumer.

Director of the National Anti-Corruption Bureau of Investigation Artem Sytnyk reported in September 2018 that unreasonable consumer overpayments for electricity exceeded $560 million due to the "Rotterdam +" formula.

This is money received by the Akhmetov company just because the NERC officials allowed it to charge several times more for coal than it actually costs.

And "Rotterdam +" is not the only example of decisions made by high-ranking officials in favor of R.Akhmetov's companies.

It is important to bear in mind that this whole "banquet" of the oligarch is actually not free. Ultimately, the costs are borne by ordinary Ukrainian citizens-taxpayers.

For example, let us take the mining of iron ore, one of the main sources of income for R.Akhmetov. The price of iron ore reached $220/t this year (now it is $214/t).

At the same time, the Akhmetov MPPs pay… $1/t rent for its production. Back in 2014, they challenged in courts the methodology for calculating rent, developed by the State Fiscal Service.

According to the methodology, the iron ore rent was $2.5/t. However, Akhmetov's lawyers convinced the judges that $1/t would be correct. 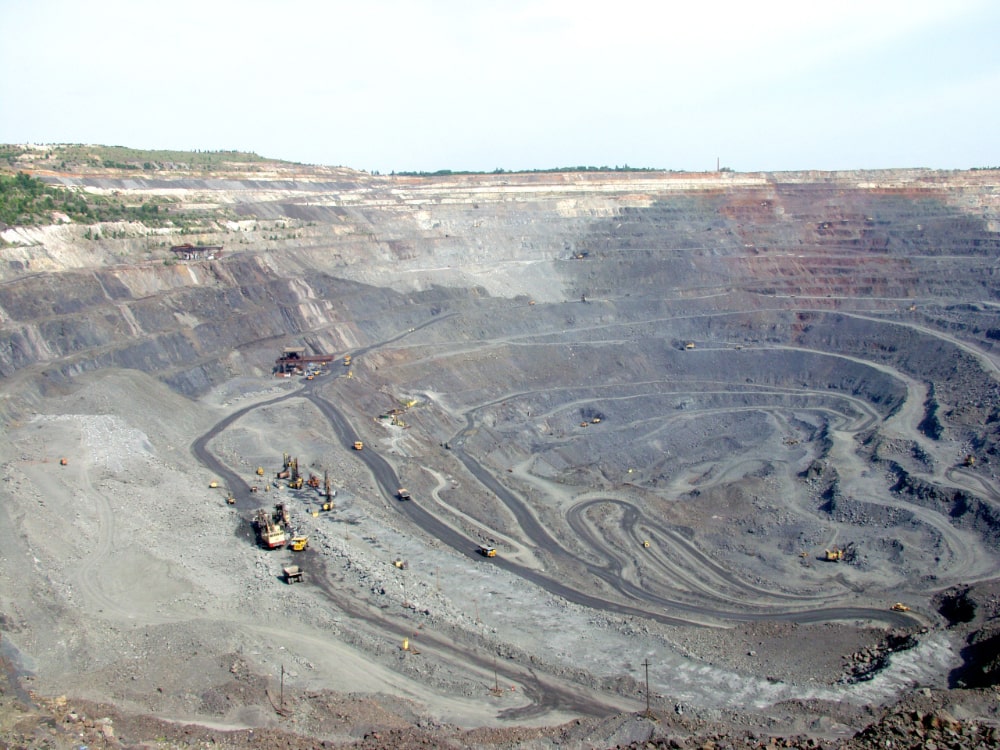 Earning billions of hryvnias from ore mining in Kryvbas, R.Akhmetov's enterprises pay rent less than 1% of income under current prices for ore

Less MPPs pay to the budget – less money for payments to Ukrainian pensioners, scholarships for students, benefits for mothers with many children and orphans.

In order to somehow maintain these payments at the current level, the state, represented by officials and deputies, increases tax payments for ordinary citizens.

It is easy to see what kind of economic policy R.Akhmetov and the leadership of his business empire are actually pursuing.

It is enough to familiarize yourself with the public speeches of the three Rada deputies elected by the first-past-the-post system in the constituencies of Kryvyi Rih, Mariupol and Avdiivka.

These are former director of the Avdiivka Coke Plant of Metinvest M.Magomedov, former top manager of the Ilyich Iron & Steel Works S.Magera and former head of the firm engaged in legal support of Metinvest projects D.Shpenov.

But at the same time, they advocate for the provision by the state of various perks for the environmental modernization of metallurgical production.

Slightly rephrasing the well-known statement of J.Kennedy, we get the formula by which the relations of the oligarch and his business structures with the Ukrainian state are built: "Do not ask what Akhmetov can give you - ask what you can do for Akhmetov".

It is not high-ranking officials who lose from this model. The losers are Ukrainian citizens who are daily poisoned by polluting emissions from Akhmetov's factories and power plants.

These emissions do not reach the French Cote d'Azur, where R.Akhmetov bought the most expensive villa in the world. As well as Switzerland, where he has another villa.

Again, the "banquet" cannot be free anyway. If the same Ukrzaliznytsia is forced to transport ore and coal from Akhmetov's enterprises at sparing tariffs – is it any wonder that the state-owned company has no money to buy new cars?

And in the summer heat, it carries passengers in carriages without air conditioners, made during the reign of V.Shcherbytsky.

On the whole, R.Akhmetov's far-reaching behind-the-scene influence on Ukrainian politics is essentially a sentence to the Ukrainians. They are doomed to poverty.

Since the main advantage of Akhmetov's business in external markets is low costs of production.

That is why the oligarch and his managers do their best to resist the increase in the tax burden and the tariffs of state-owned companies.

Ultimately, the state serves their business – allowing them to receive super-profits. And it itself is left with nothing. This is also good for the existing oligarchic model.

Because there are rich citizens in a rich state. They will not sweat away near metallurgical furnaces for peanuts. They need to be paid a decent salary.

Steelworker at the American ArcelorMittal plant in Cleveland receives $13 thousand a month, and about $1 thousand – at the Akhmetov plant in Mariupol and Zaporizhzhia. This allows Metinvest to successfully compete in external markets.

That is why the buildup of the political leverage of R.Akhmetov brings nothing good to Ukraine and its citizens.