Development of tight gas production (do not confuse with shale gas) in the Donetsk oblast enters a new stage. Despite the protests of local residents, Naftogaz of Ukraine NJSC has begun to issue permission documentation for exploration well drilling in the Kramatorsk district.

In the first half of May, the state-owned company entered information on plans to drill 3 wells in the Sloviansk area of the Yuzivska gas field in the unified register of environmental impact assessments.

The vertical depth of the wells will be 3.1 km, 4.3 km and 1.5 km respectively. Based on the results of geological studies, Naftogaz expects that these wells will produce 50-200 thousand m3 of gas per day.

In the most favorable scenario, 219 million m3 is obtained per year, 55 million m3 - in the worst case.

The indicators are quite meager - if we consider attainment of the country's independence from gas imports the goal of the project.

Whether it is worth is a rhetorical question. This is even without taking into account the environmental risks from gas production using hydraulic fracturing.

Contrary to the market

The State Service of Geology and Subsoil of Ukraine put up the right to develop the Yuzivska field for tender in 2006 for the first time.

The interest in Yuzivka arose against the background of the so-called "shale revolution" - a snowballing growth in shale gas production in the USA in the second half of the 2000s.

The "revolution" started after the rise in world prices for conventional natural gas. Which, in turn, was caused by the rise in oil prices.

As a result, in 2012, the share of shale gas reached 40% of all production in the USA, 290 billion m3. Then the market situation changed radically.

It can be seen from the given infographics that the maximum gas prices in the world were in 2006-2008. But the production of shale gas in the USA continued to grow even after the "rollback" of prices - contrary to the laws of the free market.

The cost of natural gas on the New York Mercantile Exchange, $ for 1 million BTU

As a result, hundreds of gas producers went bankrupt. More than 150 such companies went bankrupt in the USA in 2020 alone and ceased operation.

Investments in this sector have more than halved compared to 2019, to $45 billion, according to the International Energy Agency (IEA).

It is important to note that shale gas production is not a cheap pleasure. It occurs at great depths in dense rocks. Therefore, it is much more expensive to extract it than conventional natural gas.

According to the estimates of the Russian Institute of Oil and Gas Problems, the cost of shale gas production in the USA in 2012 was about $150/1000 m3.

That is why we can agree with the experts who assert that it makes sense to extract shale gas at Yuzivka only when oil on world markets costs $100/barrel or more.

According to the IEA forecast, the average price of the benchmark Brent oil in 2021 will not exceed $45.62/bbl.

Therefore, there are no economic grounds for the development of the Yuzivska field. This was confirmed on February 17, 2020 by the then director of the gas business of the Naftogaz of Ukraine NJSC Andriy Favorov.

He noted at the presentation of the new investment program of the NJSC that the price situation on the gas market is unfavorable.

"This means that the investment study of new wells becomes much more difficult. In this case, drilling in a bunch of additional wells is not profitable. My position is not very popular: it is better to lie underground at such a price. Let us better look for a reserve", - the top manager stated.

Thus, the representative of Naftogaz confirmed the conclusion about the inexpediency of development of the Yuzivska field, which gives the separatists and their Kremlin patrons a reason for "brainwashing" in CADLO.

There is fertile ground for speculation: gas extraction (like any development of fossil resources) is not a green technology in itself.

Especially when it comes to hydraulic fracturing, which is used in the extraction of shale gas.

Naftogaz clarifies that it is not shale gas that is going to be produced at Yuzivka, but tight gas - but this is not really important.

For this, an inclined horizontal shaft is drilled away from the main vertical one. A mixture of water and chemicals is pumped into it, causing rupture of ground formations.

This can lead to a decrease in the level of groundwater (residents of nearby villages in the Kramatorsk district do not complain about the disappearance of water in the wells) and its pollution with toxic chemicals.

Therefore, to be absolutely precise, the production of conventional gas can cause no less environmental damage than shale gas. People just started talking about the consequences of shale gas production and the negative effect of hydraulic fracturing on nature after the release of the Gasland documentary in 2010.

It illustrates these consequences using the example of the Texas shale production. 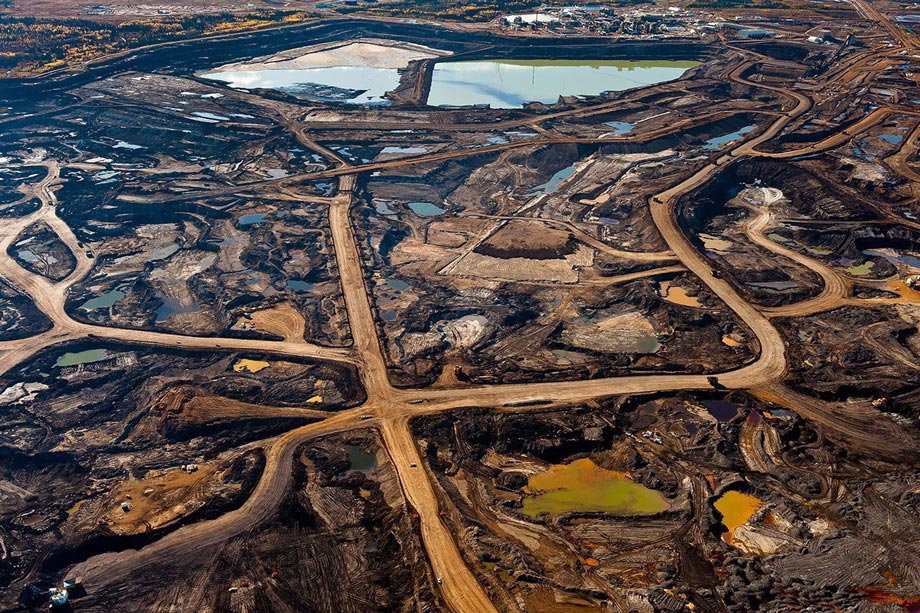 Consequences of shale gas field development in the USA

Therefore, the topic of shale gas is undoubtedly "hot". Even if it is not entirely shale in the Donbas. Anyway, people have already repeatedly protested against its extraction.

It is not surprising that the meetings of representatives of Naftogaz with residents of the village of Khrestyshche (near which drilling of wells is planned) on May 7 and 12 of this year ended in vain.

Naftogaz failed to obtain the consent of the villagers to transfer a 5.2 hectare plot for drilling wells. Therefore, on May 19, mayor of Sviatohirsk Volodymyr Bandura removed this issue from the consideration of the city council session.

But, of course, this story is not finished. Earlier, Naftogaz had already drilled three wells at the Sviatohirske field and connected them to the main gas pipeline system.

A gas treatment unit was also built and 26 km of gas supply pipelines were laid. That is, in fact, this project is in full swing.

This means that the protests of residents of the Sviatohirsk territorial community can only slow it down. But there is no way to stop it.

The only question is whether the leadership of Naftogaz will agree to a civilized solution of the issue.

A civilized solution is understood as fair and proper financing of the needs of the local community - as compensation for environmental damage from gas production.

At the meetings in May, representatives of Naftogaz announced their readiness to invest $622 thousand in the construction of a water supply system, a feldsher-midwife station and a playground in Khrestyshche.

This proposal looks like an outright mockery - given that drilling one well in hard rocks at Yuzivka is estimated to cost $15 million.

That is, the NJSC suggested investing up to 1% of the project cost in social programs of the community: drilling all three wells and creating related infrastructure (access roads, gas pipelines, etc.).

We can talk about fairness and adequacy when it will be 10-15%.

What has Biden to do with it?

It is impossible to read without laughing the media reports on the other side of the demarcation line, linking the activation of the NJSC project in Yuzivka and the entry of Joseph Biden into the presidency of the USA.

Allegedly, we say "shale gas" - we mean "Biden". And vice versa. Since shale gas production in the USA is a developed industry.

Of course, the propagandists are not aware that one of Biden's election promises was to stop subsidizing shale gas production in the USA at the federal level.

That the issuance of new federal licenses for the development of shale deposits in the USA was stopped by Joe Biden's decree this year.

That Joe Biden presented an energy strategy in October 2020, the goal of which is to completely abandon the American economy from gas and switch to renewable energy sources - until 2035.

The Kremlin and Donetsk propagandists do not delve into such nuances. The problem is that there are many residents of the Donetsk oblast who is also not aware of the nuances of energy policy of the current U.S. leader. Therefore they believe the propaganda spoof stories spread from Russia and CADLO.

In January of this year, they filed a message from the then head of the Naftogaz board of Andriy Kobolyev about the commissioning of the Sviatohirske field with the most "juicy" headlines: "Kyiv is preparing ecological catastrophe in the Donbas", "Shale genocide unleashed", "How Ukraine turns Donbas into a desert" and so on.

This is not funny at all. Why, one may ask, to raise the degree of the already tense social situation in the Donbas and throw more wood in the stove of propaganda media from the other side, even if it has no economic sense?

Does the largest Ukrainian state-owned company have no other use for its investment resources?